This year I attended IMATS London 2015 as press which allowed me once again to enjoy the event held over the weekend. 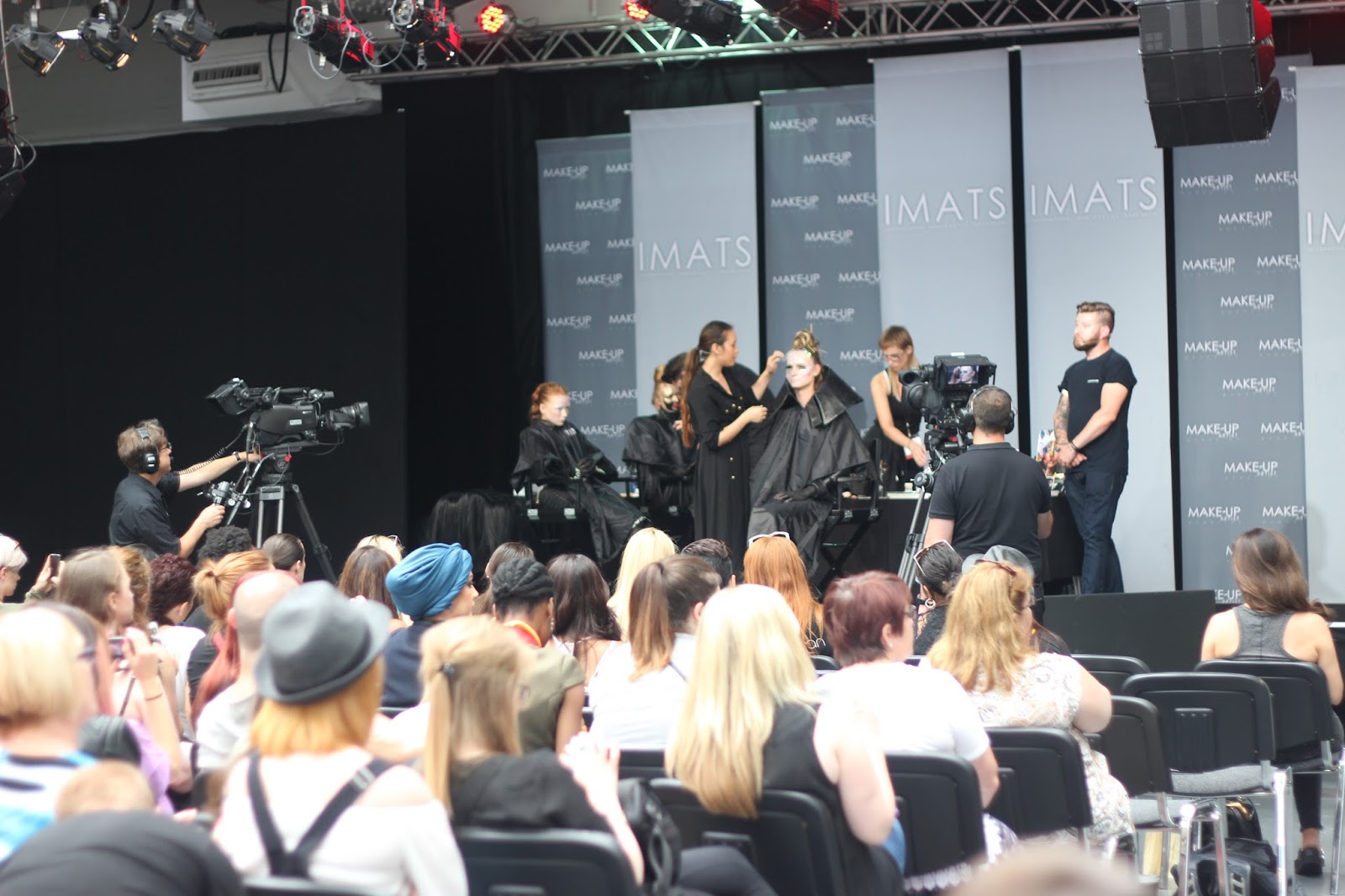 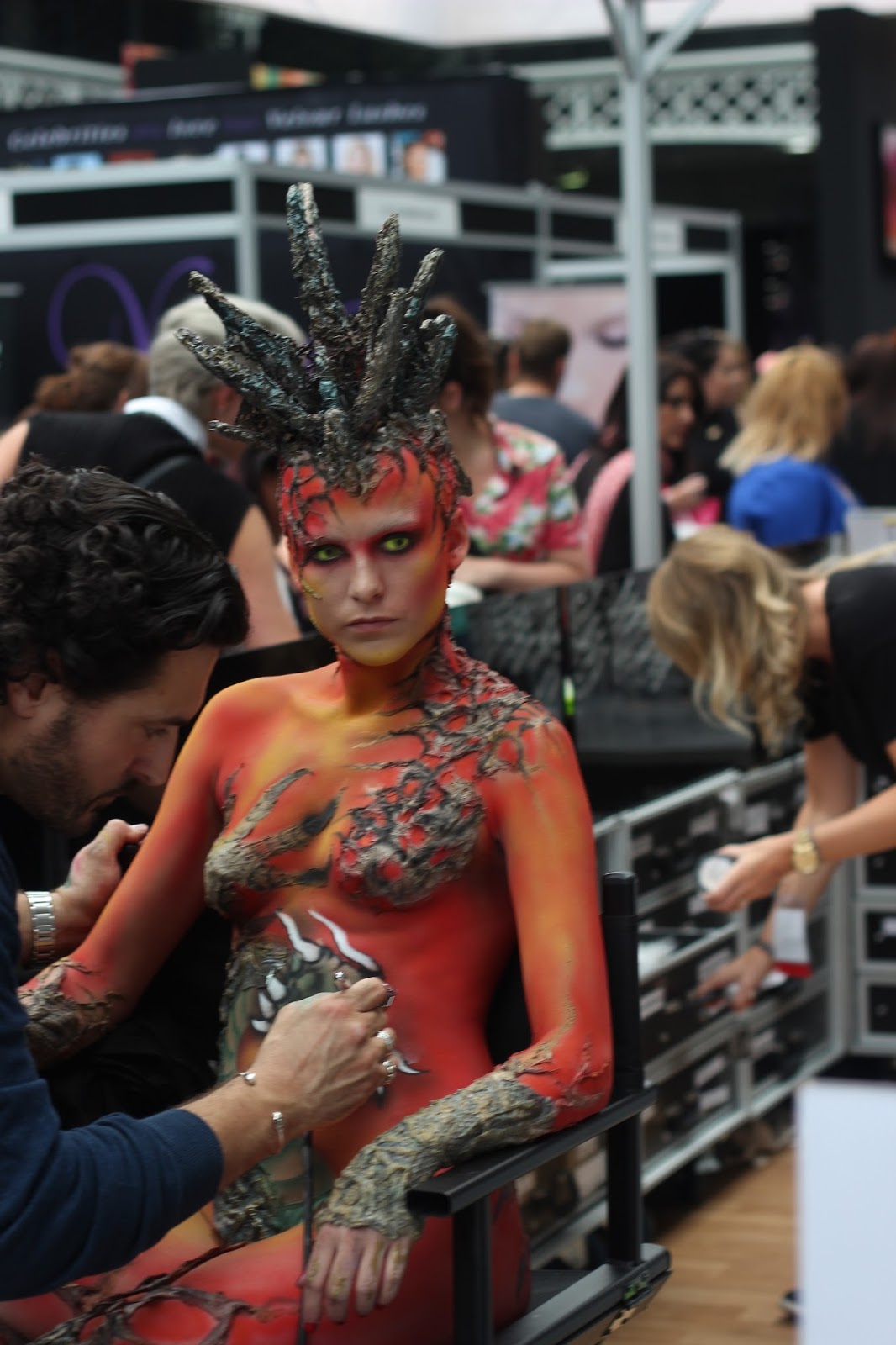 The first year I spent like crazy, the second I still had fun but spent less and this year I resisted but still went and treated myself to some great buys too. I also bought some items for friends and family.

Below are the items I purchased and the vendors I visited. I will probably only mention the ones that stood out to me personally. I usually get there early as long as I have a press pass, or
around midday so the crowd getting in is much less. After I usually go shopping to Westfields and then tack back to IMATS near the end of the day. 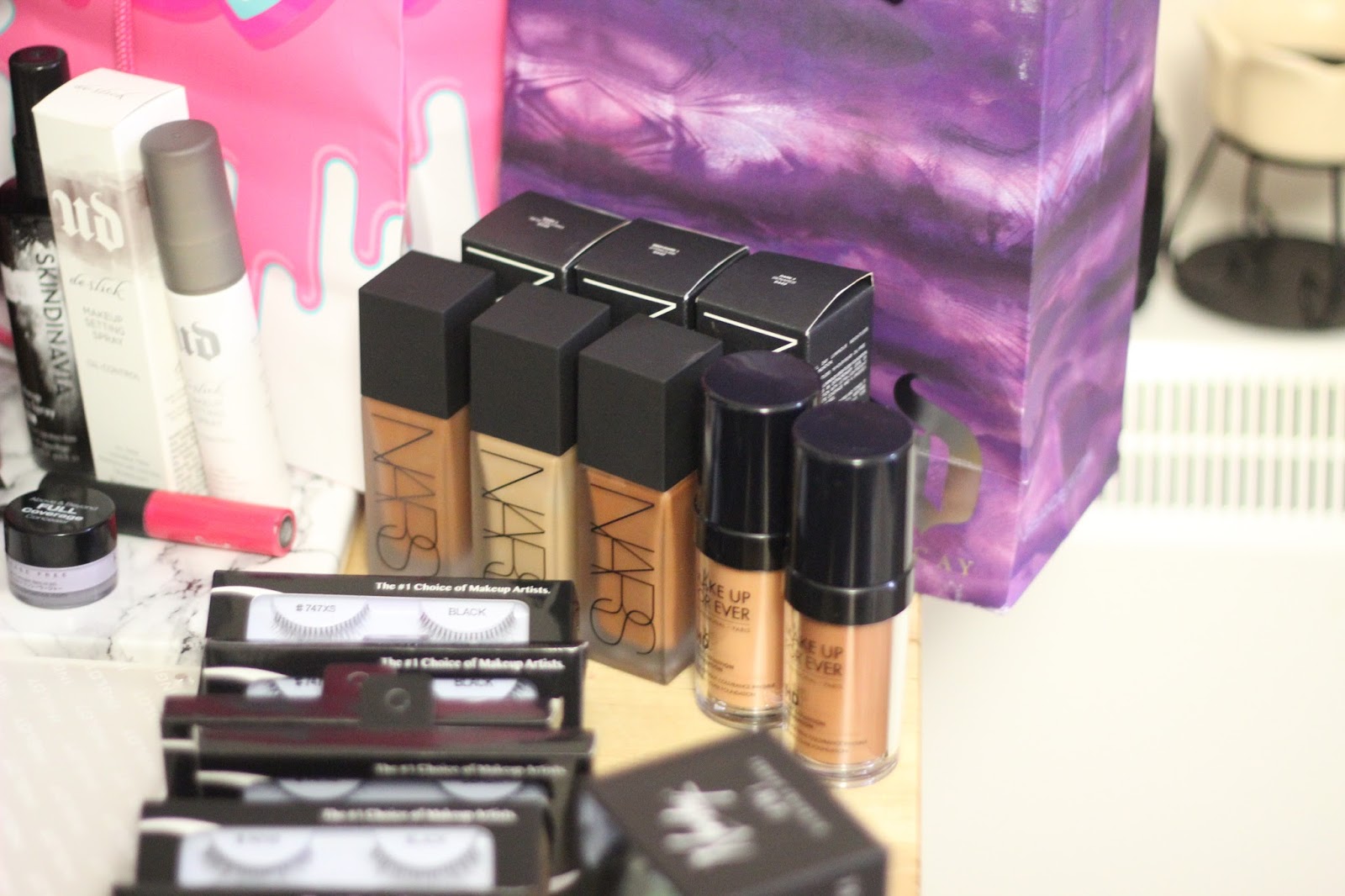 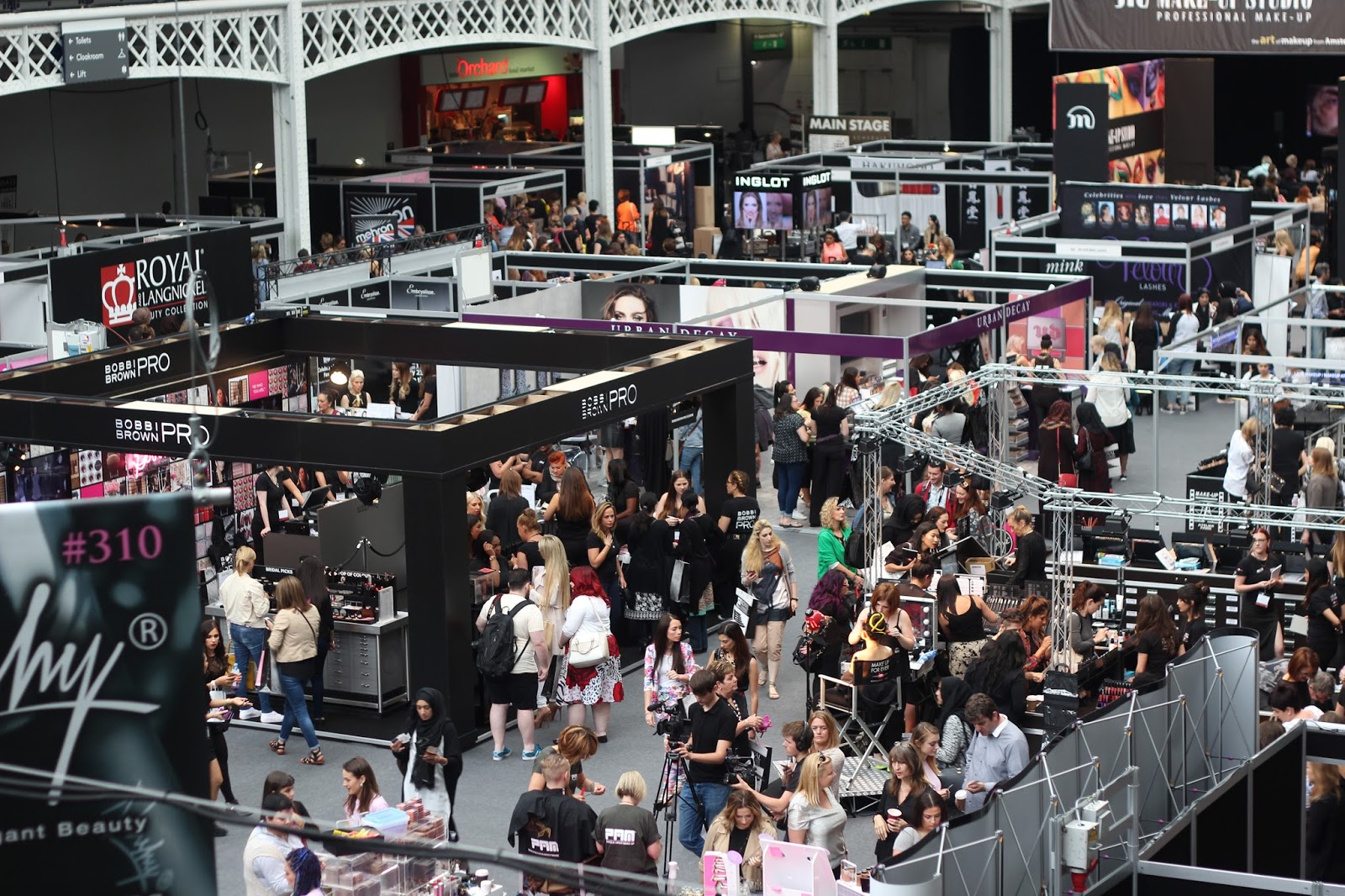 I visited Nars who were selling most of their items at 40% off with some of the sets priced at £10. I bought 3 ‘All Day Luminous Weightless’ foundations which were £23 instead of the usual £32. Bargain. A bit of a risk as I swear by my ‘Sheer Glow’ but I was not disappointed! I bought the shades ‘Syracuse, New Orleans and Benares’. I also picked up a bronzing powder in Casino which was a bit of an impulse buy. 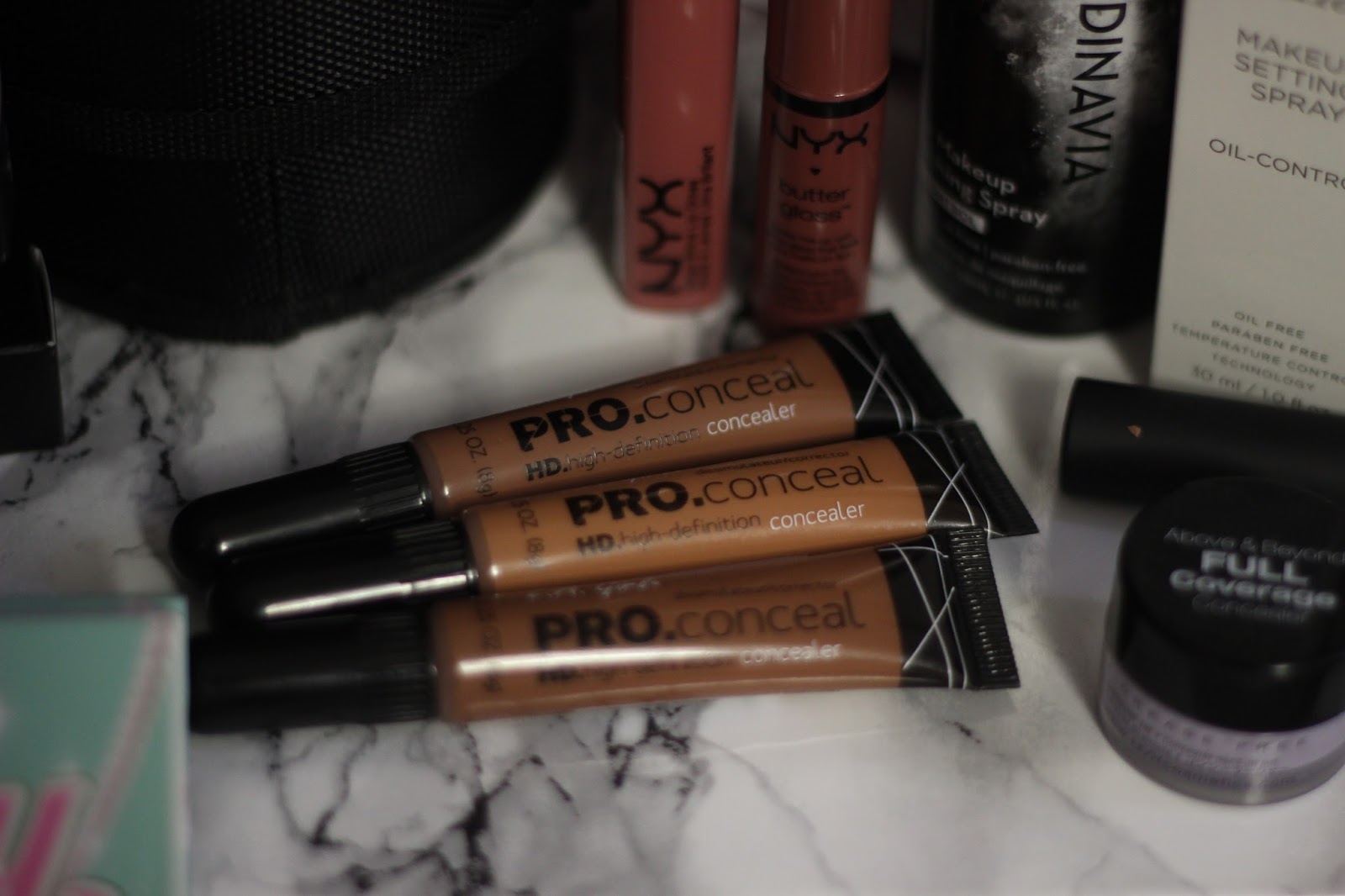 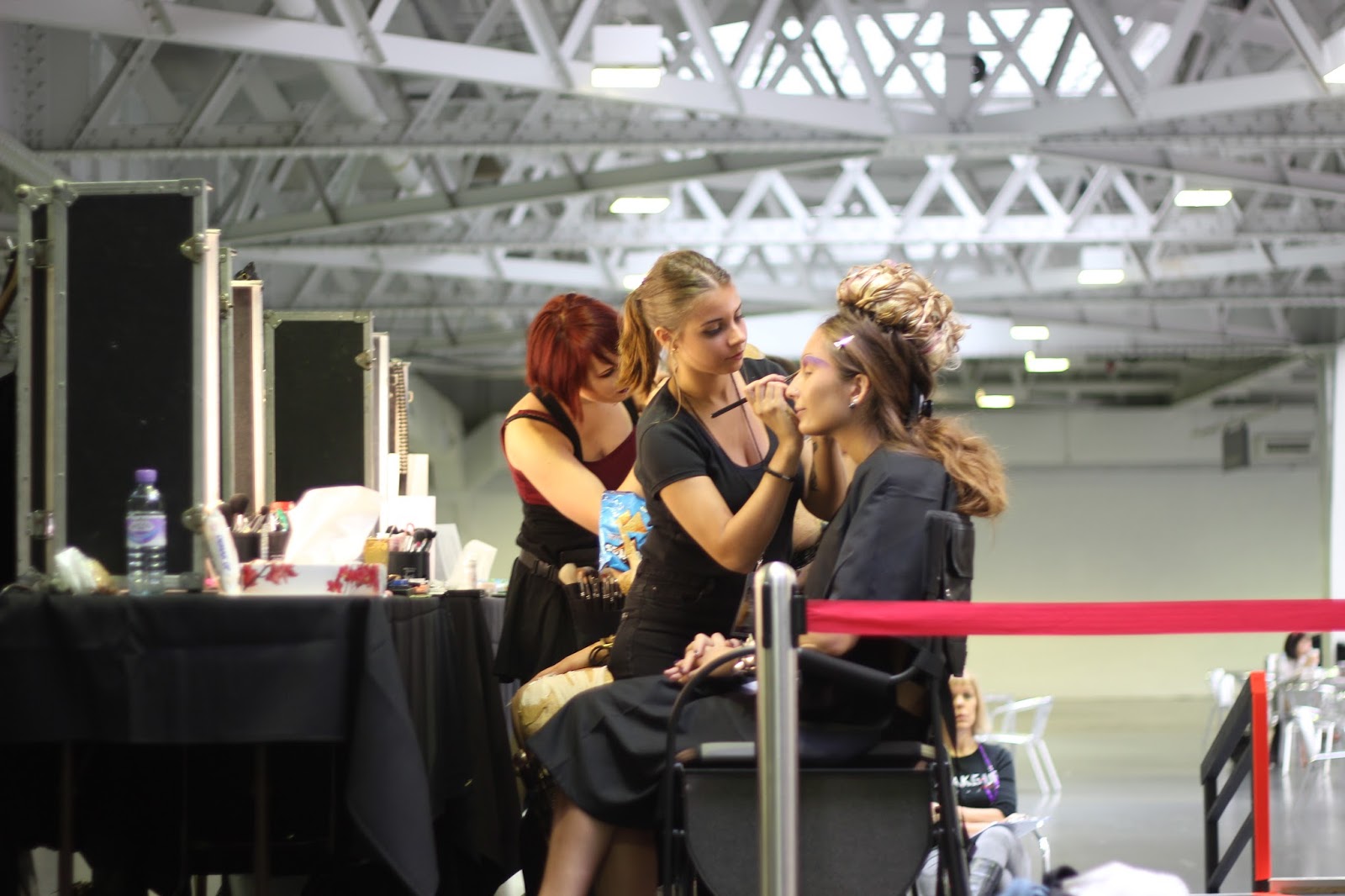 The line for Beauty B Cosmetics was long, mainly because they were selling Sigma brushes however, all I wanted was the LA Girl Pro Concealers. So 45 minutes later I purchased them in ‘Toast, Toffee and ‘Beautiful Bronze’ for £5 each. I don’t think the discount was heavy on this but I have been wanting these for ages. 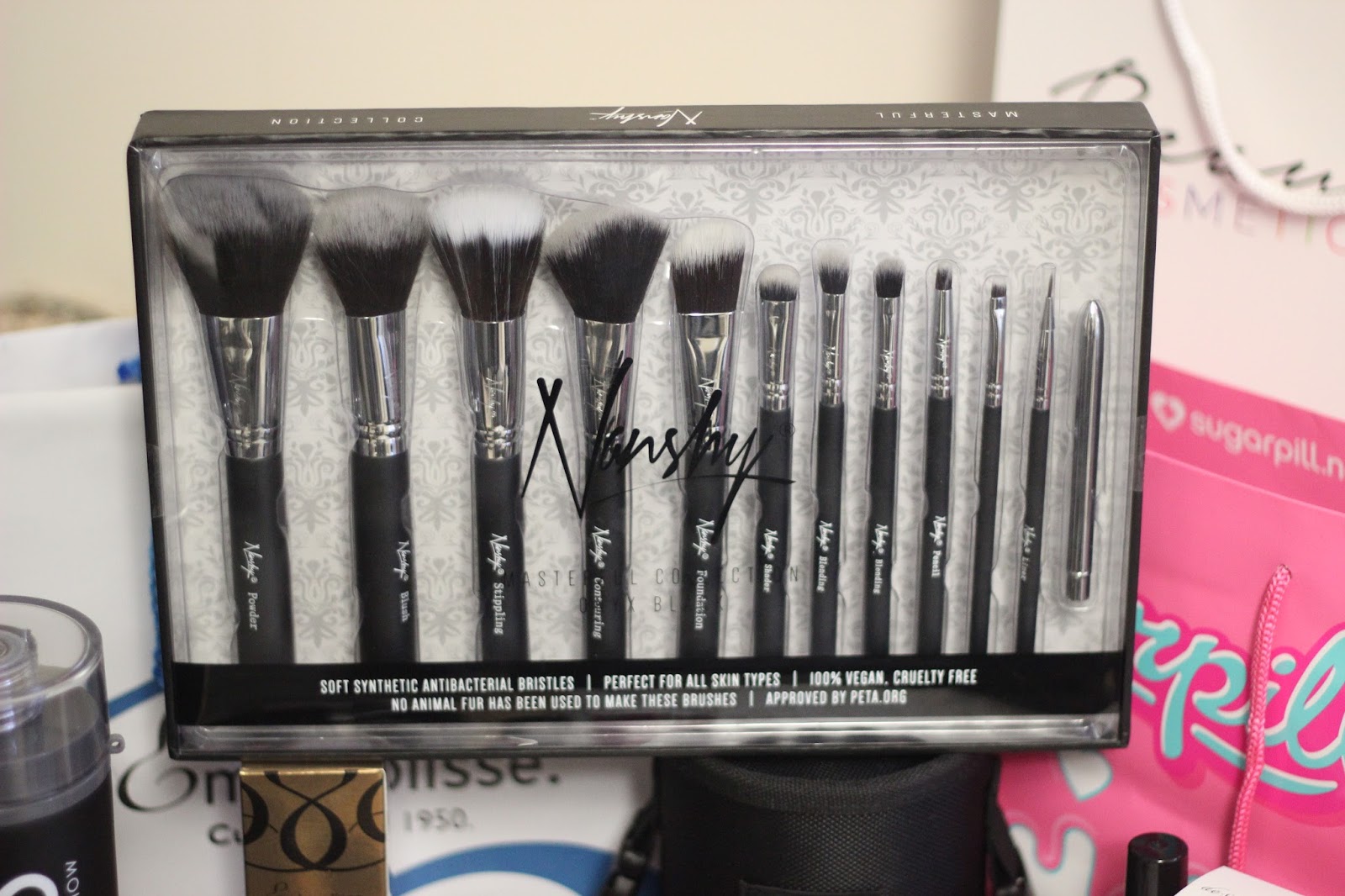 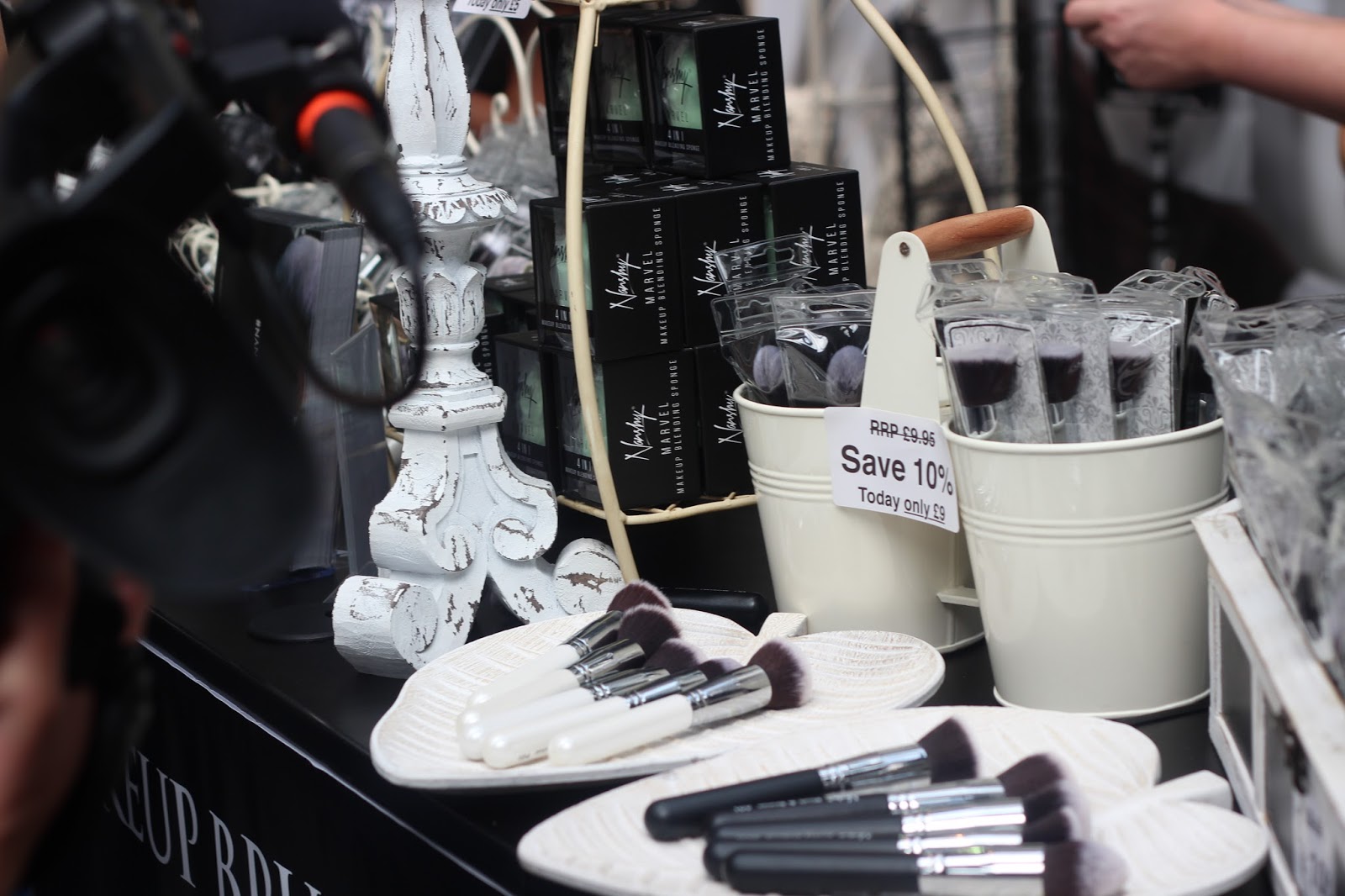 Another highlight was the Nanshy stall. I have worked with them before and could testify how amazing their brushes are especially for such good prices! Here is my previous post!! So when I visited, they recognized me and lets just say I was treated to some more of their goodies! I walked away with the ‘Masterful Collection Onyx Black’ set, blending sponge and brush holder. 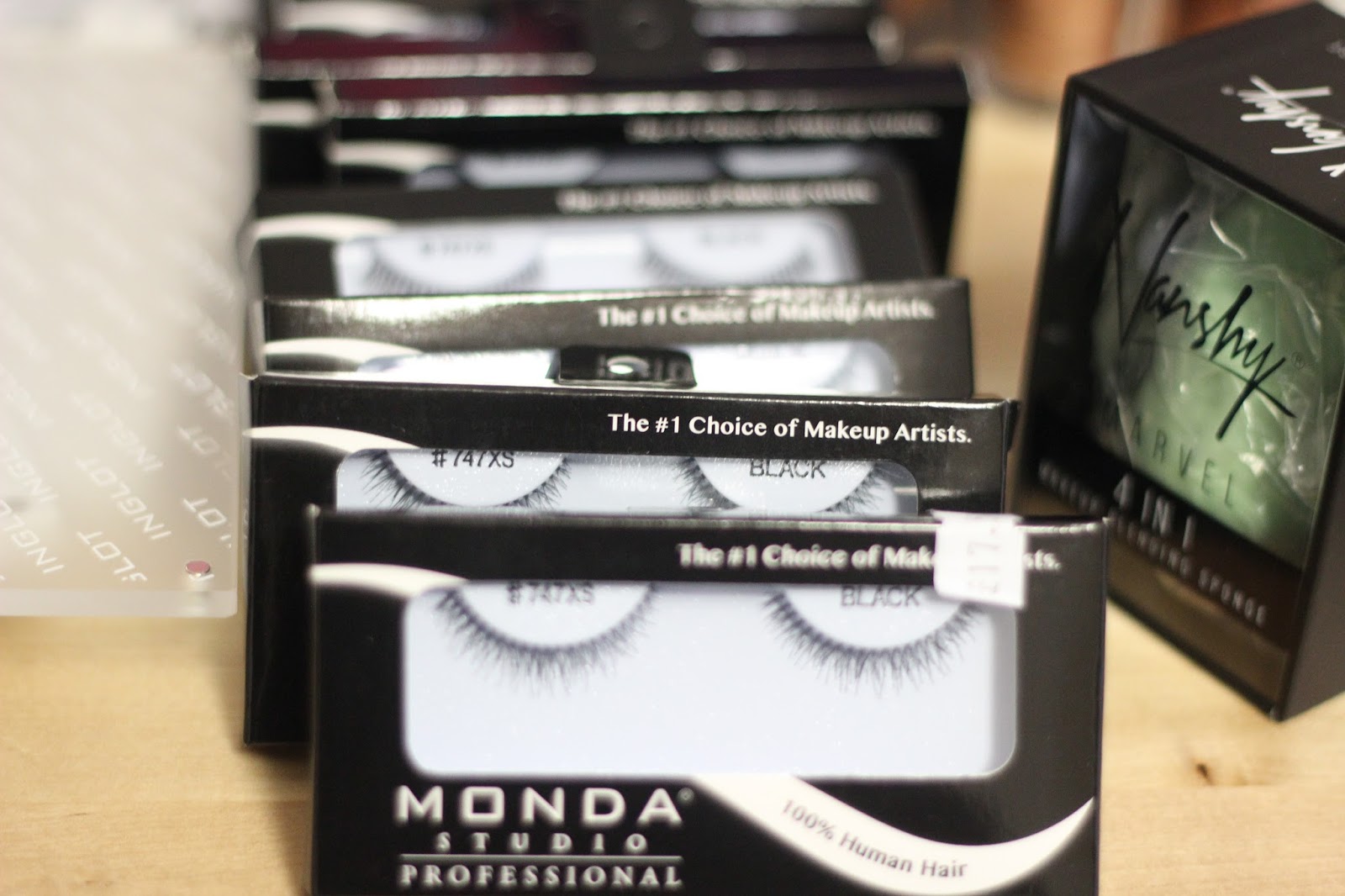 At Love Make-up I bought some false lashes but they didn’t have a wide range available which was annoying but they worked out to be around £1.50 each which was good.
I was not going to bother standing in the line at NYX because every year it is ridiculously long and this year was not anything different. I did however stand in line with a friend I met at one of the vendors’ queue. When you chat about makeup and look at the creations walking around the Olympia, time kind of goes by quite fast. So I’m thankful for that! I ended up walking away with a purple concealer, ‘praline’ butter gloss, mega shine lipgloss ‘natural’ and lipliner in ‘Cappuccino. I wish i bought more butter glosses because I LOVE! Saying that, lots of colours had sold out anyways. I can just buy online anyway as the these products were roughly £1/£2 off the normal prices. It was also disappointing that NYX did not have many testers available for swatches… but when I buy something I have to test it out so I swatched on!! 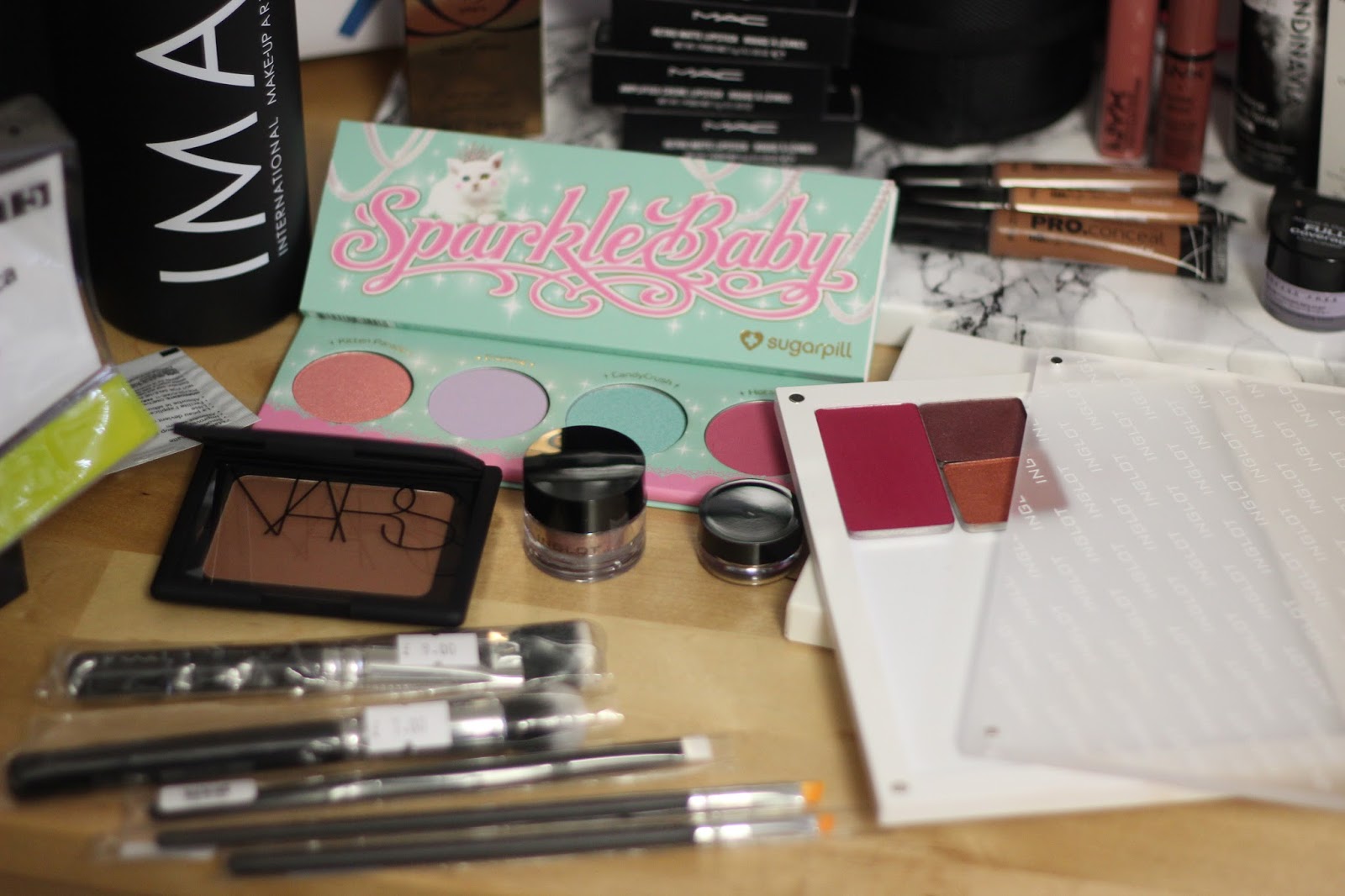 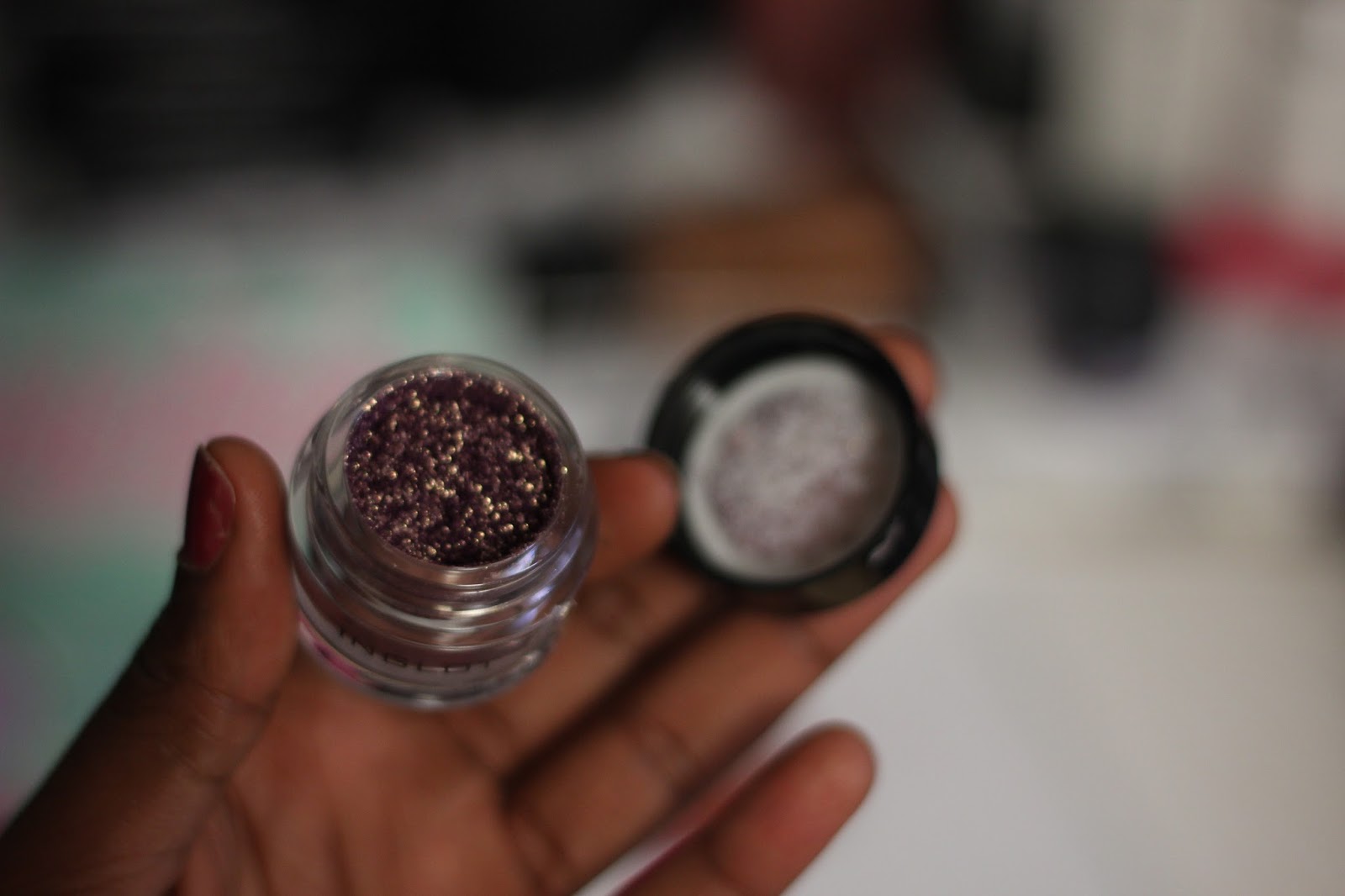 I went to Inglot forgetting all my planned eyeshadow shades but thought… let me just have a mooch! I bought the Flexi palette which is similar to the z-palette but all magnetic. I got the blush in 63 and eyeshadows 603 + 452. I think I need more glitter in my life so I bought the pure pigment in 22 and I m trying out the new brow liner gel in 20. I like it so far! 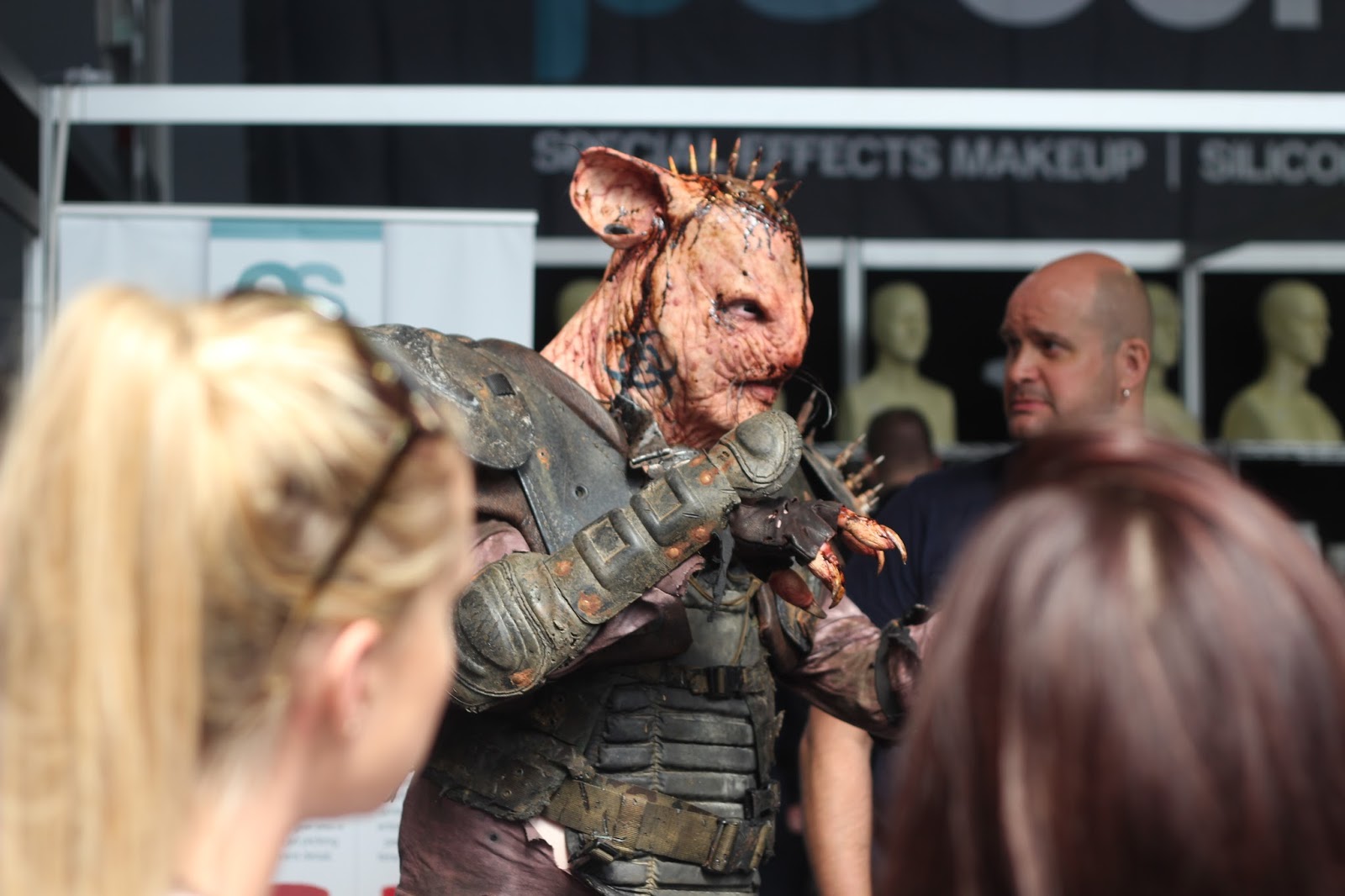 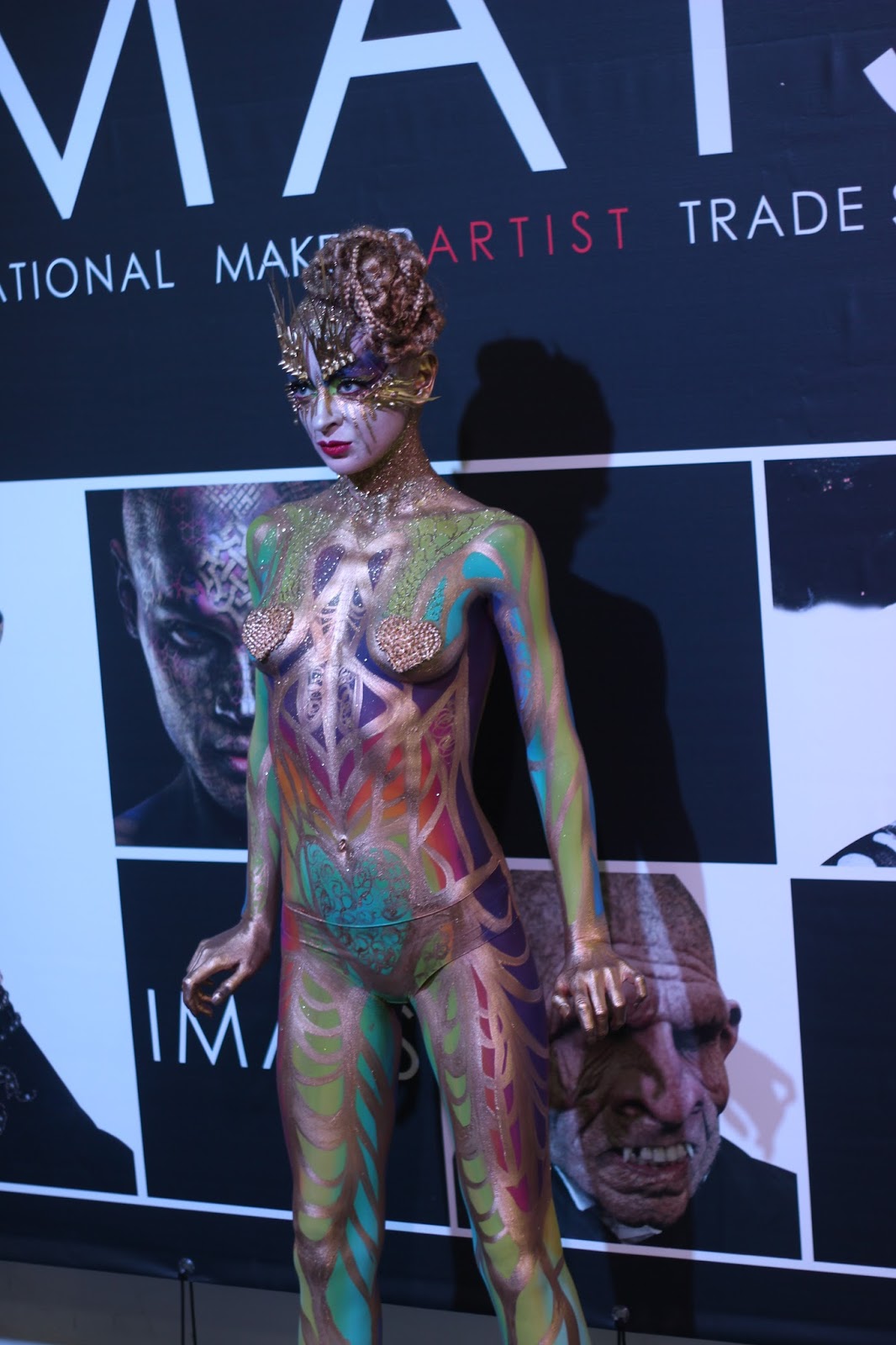 Urban Decay was there which was exciting! They had around 20% off with all their naked palettes except for their new one… sad times. The naked palettes were £30. I bought the makeup setting spray travel size for my hols and unfortunately the primer potion was all sold out 🙁

Embryolisse caught my attention and I bought the limited edition lait-creme concentre. I also bought some eyeliner brushes, flat liner from Crown and 109, 110 brushes from Zoeva at Love Makeup.

It was my second time seeing Shrinkle the founder of Sugarpill and this time I got a photo with her. You can see that on my Instagram @mintyessence. I wanted to buy everything from her but realistically, I would not know what to do with all those vibrant colours!! I ended up buying the cute Sparkle Baby palette with some gorgeous shades! 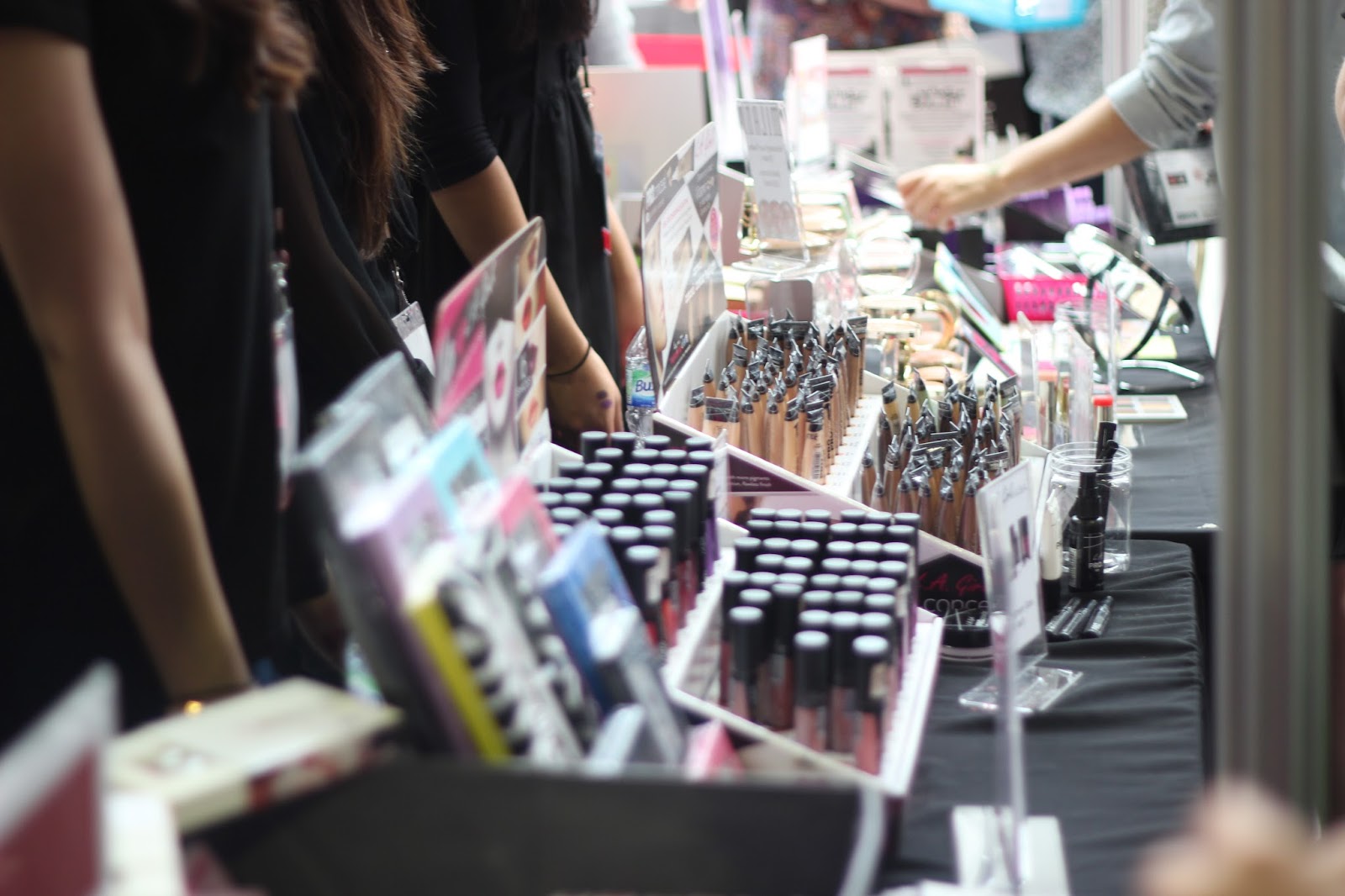 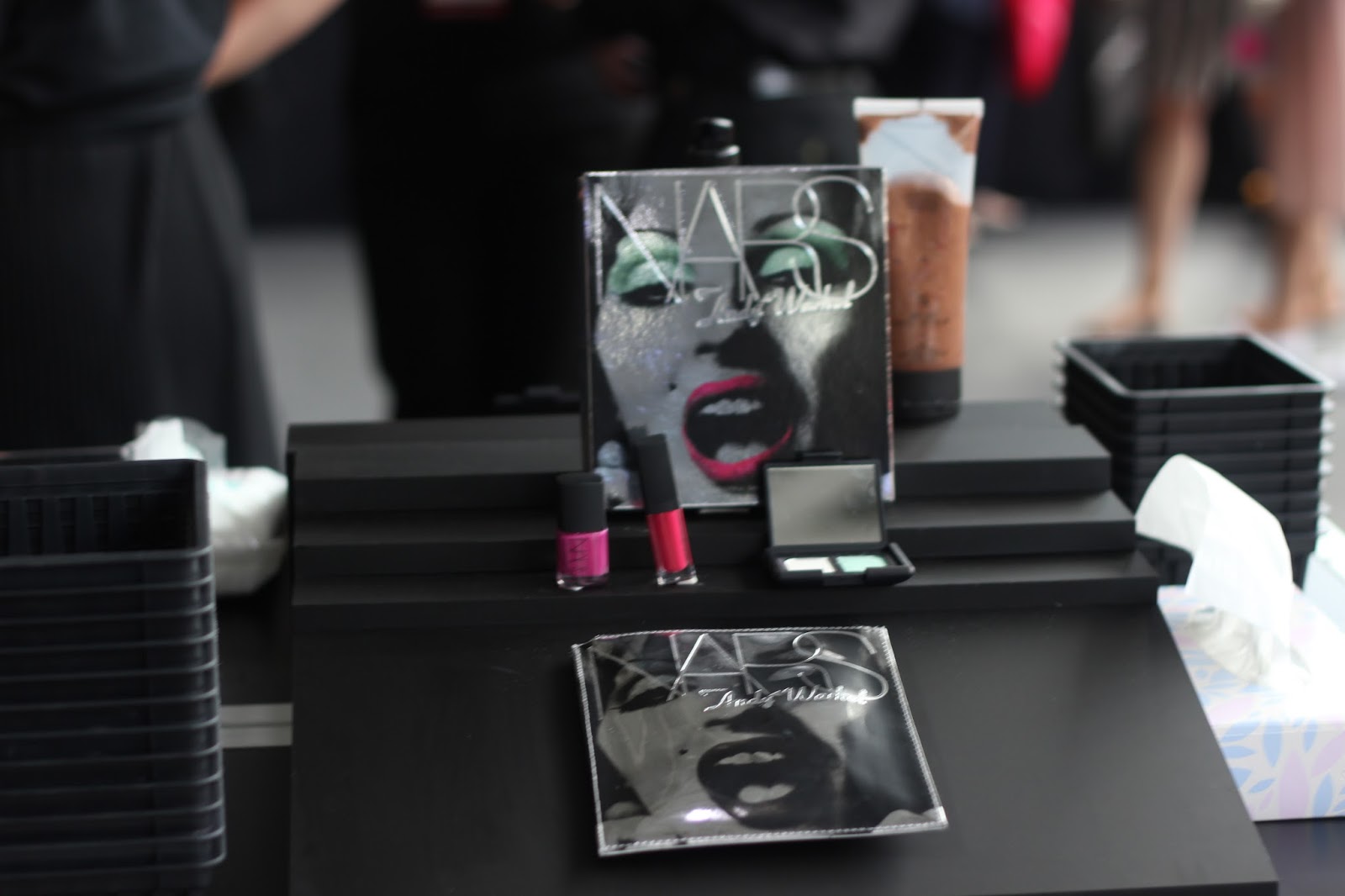 I bought some lippy’s from Mac which I can get pro discount on anyways but it was a great opportunity to buy their Pro specific items. I bought some foundations for my sister and mother at Make-up Forever at only £18! Very good price! I have tried it but did not love it so was eager to try the 4D foundation but they weren’t selling that. Boooo! It will soon be out it stores though so not too long to wait… yay!

I had a great time at IMATS because I just let loose amongst other makeup fanatics, artistic professionals and good vendors. I even got an IMATS souvenir water bottle this year.

Did you go to London Imats this year?